The Lady of the Fountain : Part Three : Sir Owain's Kingdom for a Calender

When last we left the strong, courageous and idiotic Sir Owain he was proudly enjoying his position as a Count of the country who's previous Count he personally killed taking said late Count's wife for his own as he makes use of a magical fountain to trap fellow less-capable adventurers into fighting him at the cost of a few peasant and cattle lives. Fortunately they don't get a say in such things, so Sir Owain is well loved and popular amongst the people who matter because they profit richly from his antics.

In this fashion, being fair, Sir Owain is no worse than the previous lord and is perhaps more honest for while the late Black Knight criticized Knights for using the hailstorm fountain under the pretense of caring about the lives of his 'property' Sir Owain doesn't even pretend to care.

Beating up his fellow Knights and ransoming them is both fun AND profitable!

Sir Owain is having so much fun himself meanwhile that three years pass in which he never so much as thinks to send a messenger to King Arthur's Court.

King Arthur, eventually, comes to notice that Sir Owain is missing and is concerned with his fate. He makes as if to summon an army to discover what has become of him, but it counseled against it by Sir Gwalchmai- who assures Arthur that he and a small host of Knights will be more than sufficient to free Sir Owain if he has been captured, or avenge him if he has been slain.

Arthur agrees and, led by Sir Krillin, they set out. They meet briefly with the people of Castle Yellow and are awed by the girth and length of the Black Man.

Magic Fountains of ruinous intent being catnip to such Heroes, the question of if they were going to use it doesn't arise. Instead the only question is who goes first.

To this challenge steps forward Sir Kai, who knows this story and what the fountain does. With Arthur's permission he splashes water on the marble slab with the theft-proof silver bowl and...

Well, as promised a great hailstorm arose which killed many of Arthur's attendants, whom no one particularly cared about.

And as King Arthur and his Knights enjoyed the birdsong, Sir Owain- now effectively the new Black Knight without even the intimations of a conscience- rides in to kick ass.

All of the Knights in King Arthur's entourage are fully armored, so he doesn't recognize them supposedly. Nor does he recognize the surviving attendants from the Court and apparently everyone left their heraldic devices at home.

Free of any pesky recognition and, thus, moral conflict getting in the way of his habits he rides up and in short order knocks Sir Kai off of his horse, but reasonably doesn't take them prisoner with King Arthur and his entourage right there.

So instead Owain, apparently without further word, returns to what is now his castle while King Arthur and friends set up camp for the night. Maybe bury those attendants or at least get their corpses out of sight where they needn't digust their betters.

The next day,Sir Owain returns for another fight. Sir Kai, despite losing quickly the first time, talks King Arthur into letting him try again.

Sir Kai gets a lance, which pierces his armor and skin to meet the bone of his forehead, for his trouble. 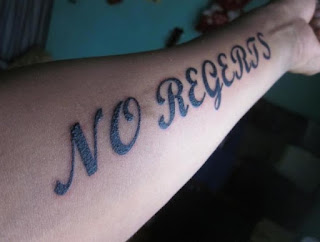 The rest of the day saw Sir Owain, apparently resolved to take the entire court prisoner after beating them into submission, smacking down each member of King Arthur's entourage until at last only Sir Gwalchmai and King Arther themselves remained undefeated.

King Arthur readied himself to go forward, but Sir Gwalchmai recognized that this could lead to the King doing something in this story and hurried forth to request permission to go first.

King Arthur permitted this, and thus Sir Gwalchmai rode out.

For the remainder of the evening Sir Gwalchmai and Sir Owain in utter ignorance as was their lot in life charged at each other with lances and failed to unhorse each other until finally they resolved to call it a night and pick it back up tomorrow.

The next day they resumed their contest of strength and ignorance as they slammed into each other with stronger lances until finally breaking their respective saddles and falling from their horses only to rise again and resume the fight on foot.

The people who had fortunately avoided being slain by the hailstorm fountain thus far did note that they had never before seen two such powerful men fight so fiercely for so long.

The battle was finally ended as Sir Owain delivered a blow that opened the helm of Sir Gwalchmai, and having recognized him was in turn recognized by him.

Being Knights and thus being completely incapable of apology, they responded to this development in the next closest manner possible to them by immediately trying to surrender to eachother.

Eventually King Arthur had to accept the surrender of both of them just so things would move on.


Sir Owain then bid King Arthur and his entourage to stay for he had been expecting that King Arthur would search for him and thus had been preparing a great feast for their arrival all this time. This all being easier than sending a messenger with an invitation apparently.

And so King Arthur and his people were invited in and there was much feasting on partridges, boars, deer, goats, hams and yams, crumpets and dove and cat and cheese and bread and wine and ale and beer and mice and chicken and shrew and fish and fruit and all the other foods too good for the people that actually put in the work of growing, catching, cooking or in any way preparing the largesse.

While this was underway King Arthur requested of the Countess that she allow Sir Owain to return with him so that he might show off Sir Owain to the people that matter in Britain, the Nobles and Dames, for the span of three months.

The Countess of the Fountain, acquiesced of course and thus did Sir Owain leave his Kingdom to go party at Caerllon upon Usk. 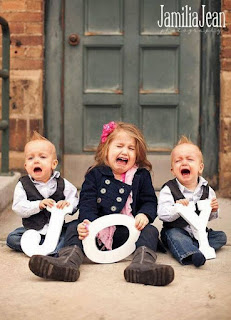 For the span of three years.

Join me, if you like, for The Lady of the Fountain : Part Four : Sir Owain's Return To Nature- but in the honor of Sir Owain I'm going to promise to do that Wednesday- and then do something else, getting back to it... eventually.

No, next time I would like to explore the possible origin of this Hailstorm Fountain which, you may have noted, I have become rather fixated on. This is it's final appearance in the story after all.

In the meantime, progress continues.