(Non-Americans may prefer to skip past to the next-most-recent update, as that one is a bit funnier.)

I have just learned of something profoundly absurd.

The Transporation Security Administration is catching media hell at present for not preventing the hire of 73 individuals on a potential terrorist watch-list.

This, is pretty absurd- not profoundly, according to the Department of Homeland Security report it's not clear if this watch-list was even provided to the TSA.

Worse still, this comes on the heels of a publicized DHS report that indicates a high failure rate on tests. Very absurd

What's really interesting is how easily this data is getting out into the media despite the security risks it encourages. Could it be there is another agenda?


For those of you not willing to subject yourself to excess Fox News- and really, who could blame you- the important part is right HERE.

I suggest listening to it a few times, in fact. Rep. Michael McCaul R- Texas thinks they need to seriously consider going back to privatized airport security. Because that worked so well last time.

That is Profoundly Absurd.

What they might as well be saying is that airport security is public theater anyway, so why not go with the lowest bidder again?

Or, more accurately still, that it is officially long enough post-disaster to go try selling this bit of the U.S. Government to private interests.

Now, if you don't live in the U.S. this naturally doesn't matter much to you. You may also not be familiar with the situation in the U.S. with TSA employees.

The TSA is hated by the public. If you have a hankering for casual loathing from total strangers, there is no greater everlasting fount of it to be found than obtaining work on a TSA checkpoint.

These people railing about the incompetence of the TSA, you might note, are very much the same people who deeply resent not being immediately recognized as someone who could never be a Terrorist and thus exempted from screening.

There are no shortage of Americans especially who would rather I devote this text to defending pedophiles and arguing they should be able to obtain work at kindergartens rather than even appear to be defending the TSA. 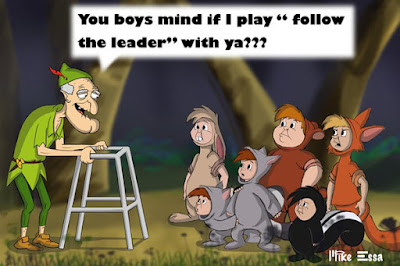 Which is a gross oversimplification. Corporate saboteur Rep. Michael McCaul, R- Texas is right when he says the system has failed. The TSA's failure rate is inexcusable. However that means you fix the system- rebuild it if necessary, not sell it.

But where's the profit in that?

If there was a security system like the above in place, this would all be rather moot- but there isn't and America is a long way from developing their own. As such 100% effective checkpoint security is not going to happen.

In an article by professional former TSA Agent Jason Edward Harrington he comments on the TSA's security test failures- but in assuring people they are in no more danger than they ever were he touches on what justifies the Checkpoints existing.

"A successful real-world terrorist is going to go right around all existing security measures for a near-100% guarantee of success. That terrorist is going to be resourceful and use items that aren’t prohibited – such as box-cutters – in conjunction with gaping security weaknesses such as unlocked cockpit doors. The live-run terrorist is going to forego the risk of a random inspection at a security checkpoint and launch a missile at a plane from the ground. Or – and this is the elephant in the room of every other TSA agent discussion on security vulnerabilities – the terrorist who means business is going to stash a bomb in a body cavity, which no current screening measures can penetrate."

Mr. Harrington is really fixated on the butt-bomber problem.

That aside though, that's the true value of checkpoints. They add an element of uncertainty to any terrorism plan. Terrorists do not want to gamble on losing out on their martyrdom and ghost virgins because Bob Agent was really on the ball that day.

Replace Bob the TSA Agent however with Dave the Contractor now and you have all the old problems you had with Bob but in addition Dave has to think about money first and foremost. It's very unlikely they are motivated by the work itself.

They work for a company for as close to minimum wage as their bosses can press them.

They are as hated as any TSA agent ever was because they are still going to be federally obligated to go through the motions.

Do you imagine Dave is less likely to turn down an offer of enough money to retire on in return for helping Sinestro the Terrorist get a non-descript box through the checkpoint where he spends eight hours a day being spit on by the public? 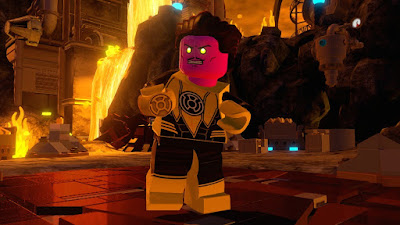 The TSA needs reworking, but in order to be truly effective they need to be taught their purpose is as a deterrent rather than a surefire catch-all. It's in protecting people by making terrorist plans ever-more uncertain and the TSA can do that because protection is it's purpose. It has a Higher Calling, if you will, that can be shared and used to motivate it's employees with something other than greed.

That is NOT something I believe a private contractor can offer, or certainly cannot hope to achieve as efficiently.