Stress runs high however, and my patience is not what it should be accordingly. To add insult to injury I can't quite get over how truly awful Jupiter Ascending is. It's humorless dismal nature just won't wash away.

So, as with the Womanitely clickbait article it dawned on me that I could probably write up something vastly better than Jupiter Ascending and maybe, just maybe, get it out of my system so I can froth irritably over relevant problems alone.

It's going to be a long time before I dare subject myself to the new Fantastic Four movie, but despite a more unified understanding of how crap THAT movie is (presently 8% on the Tomatometer) I rather feel Jupiter Ascending is still worse. Perhaps even because it sits at a higher score, it's position secured by people who liked the pretty colors and flashing lights.

But I am not editing it out.

Anyhow, I present the first installment of Defensible Parody. If it amuses, I would appreciate comments to that effect- would help remind me to see it through to the end amidst all else which is taking place here.

My mother met my father Max Ucker, a man who had a dream- a dream to look at sparkly things. Being fond of sparkly things herself, they hit it off immediately.

Unfortunately, one day while they were playing around with massive amounts of Vaseline, they were the targets of a home invasion. Sensing an opportunity to escape via the sweet release of death, he committed suicide by robber via challenging them to tug of war over a telescope. Or, alternatively, he sincerely felt the Telescope more important than Mother or the still as-of-yet unborn me.

I like to imagine it was the former, but truly he was a man of misplaced priorities.

Mother of course was horrified. That he was dead. So, pregnant with me she took to the seas and sailed to the promised land of America with an assortment of social misfits wracked with grief over crimes committed in their youths- I was born somewhere around the third story wherein a sad clown talked about his deep regret over abandoning his child to the mysterious roving masterless militias of Russia.

Being born in international waters ensured I would not be an American Citizen. Despite this, the Americans let me in alongside my mother. I suspect it was out of pity for my Father's other legacy, horrible taste in names.

For you see, my name is Uranus Ucker.

Fortunately mother had connections. Relatives in the U.S. who helped her- and once I was old enough me- get the most lucrative and dignified of under-the-table jobs available to illegal immigrants- which by this time we most assuredly were- cleaning toilets for Republican Senators.

It kept food on the table, but it was hard. Often I would groan and say 'I hate my life.' perhaps longing for the sweet release of death I try to tell myself he sought- but the reality kept me focused. I had a purpose. I was going to have vengeance... and destroy the Telescope that got my Father killed.

Then I would kill myself.

It took me years... but I finally found it, on e-bay. It looked just like the telescope Mother had described. That had so seduced my Father with it's sexy, glossy curves that he was willing to take a bullet just to try and keep it.

But there was a problem: it was expensive. My savings were diminished by my obsession with tight-fitting vests- their squeezing the only thing that made me feel loved. Worse, the one bid I could afford to make was quickly topped by Starluvr69247.

Despair overwhelmed me, but on hearing my shrill screams of impotent fury my cousin Vladie proposed a solution: let him be my pimp.

Being whored out was a tempting solution of course, but I could hardly expect to earn the money needed on such short notice. He has a warm heart though and after a moment of contemplation came up with another proposal. He was planning to force a woman to sell her eggs to a fertility clinic- instead he would allow me to take their place. The first meeting would be tomorrow.

I asked him what the payoff would be and he informed me it would be a smooth 30% of the proceeds from the sale. More than enough to buy the telescope. It didn't truly matter, but I asked him why my share would be so much lower when I was the one risking legal ramifications by impersonating another woman and, if caught, probably deported to international waters. Not to mention undertaking an unnecessary surgical procedure. 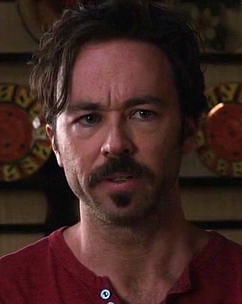 "Why the hell should that be an acceptable reason?"

Alternatively, he added, he could just shoot me and dispose of the body. As an illegal, hardly anyone would care. I told him 'Not Yet' and agreed to his terms.

The Telescope must go first.

The initial meeting with the Clinic went well. I did not expect that they needed to examine my DNA directly, but as it shouldn't have been on any Government database- not that you ever know with the NSA- I allowed it.

And just like that, it was over and an appointment was set for tomorrow for the actual egg harvesting.

"Harvesting". The word is kind of chilling isn't it? Maybe I could get into this. After all, something could go horribly wrong and if I die during that, how would I care about the telescope?

Later that very night, darkness has settled over the city. From atop a building three shadowy figures spout borderline non-sequiturs.


Suddenly, their babbling is interrupted as a strange figure approaches the fertility clinic they were watching over.

The mysterious figure applies a space gadget to the back door of the clinic. The Lycanite looks up suddenly and sensing their presence, poses seductively.

Kodakman : "HOW CAN YOU TELL?"

Azure Raver : "Look, that's clearly a Lycanite F. They're a Jacker allright. I bet the inside of that suit is all kinds of sticky."

Azure Raver : "Yeah, that's why the Space Government makes them fight in the Foreign Legion. Those that survive their deployment earn an immunity from space indecency laws. This one clearly survived."

Black Mercenary Guy : "Yeah, this has to be the Tracker..."

Kodakman: "DO WE STOP HIM?"

Azure Raver : "Fuck no. Moldevort isn't paying us enough to touch that."

Kodakman: "I HAVE TAKEN A PICTURE."

Disappointed, but unmolested, Channing Tatum enters the clinic and- after sniffing around in an alarmingly literal fashion- acquires what he needs.


It was work as usual for me the next day, I was working in the house of our employer, the woman Vladie was blackmailing into selling her ova before I stepped in. Her name had been on the application. She was strangely grateful for my interference, apparently preferring to think I had jumped into the situation to spare my wealthier, legal better from the indignity.

I was tempted to set them straight, but figured allowing an elite to imagine I was actually their subservient Best Friend Forever might have some benefit before I could finally embrace death with dignity.

They had a new crisis, already, and claimed to need my advice.

I provided my advice dutifully. Says I,

"Well, the choice of dress hardly matters, but if they are considering marriage the more conservative one might help your chances and, if they ask, you might as well say yes. Let's be fair, you have terrible judgement and are never going to get younger so even in a divorce you would fare better than you are now- so long as you can avoid a prenuptial agreement."

While they stared vapidly into space at my response, I went into the closet to dust- as was my menial labor job.

And that's when it happened. Little grey men quietly entered the apartment and knocked my employer unconscious somehow. With ingenious alien devices, they made her float through the air...


That done, the real fun began. Oh, the things they did to her. First rate fonging it was. I am not sure there were words in english for it. Being a good little illegal alien servant, I did everything I could in this situation.

They were quick though. True Minutemen  Minute-Things. Cleaned up after themselves thoroughly too.

They left her unconscious on the bed. It was shocking, and a bit sexy. I pondered if I needed to even go through with the egg harvesting now really- surely this would pay for The Telescope and then some.

I was caught off guard when the employer sudden snapped awake again.

Will Uranus go through with the egg harvesting? What has Channing Tatum's Fursuit Nose Smelled? These answers and more await.