On the off chance anyone was disappointed not to see regular updates, I urge you to pester me about them by whatever means proves most convenient.

For those of you not in the United States of America, this update will be questionably relevant at best.

The 2016 Presidential Election is... Well, increasingly exciting. It looks as if it may prove the single most heartening or single most depressing election in the past several decades.

On the Red Side we have Trump, we have Cruz and we have... Rufio was it?


On the Blue Side we have Hillary Clintron and my pick, Bernie Sanders. 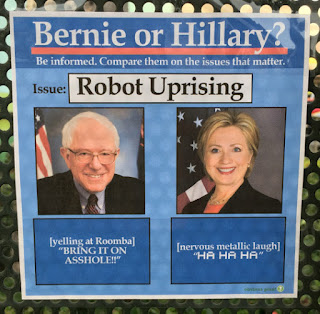 Through it all what we seem to be seeing on both sides is a loathing for the two-party system that has kept America slowly sliding back into the gilded age for some time.

Indeed, it's proven entirely possible to build a campaign run on not being beholden to the same masters the establishment players are. Hell, that is the beating, bloody heart of the Trump campaign.


With both parties it has been made clear that their own constituents aren't as willing as they have been in the past to just drink the cool-aid and support the party-endorsed candidate simply 'to beat the other team' because again increasingly THERE IS NO MEANINGFUL DIFFERENCE BETWEEN THE TWO.

That said, the Media isn't QUITE accepting of these new untethered candidates however. Of course they aren't, they're as bought as the endorsed candidates.

Indeed, the unchosen by the Masters On High are presently enjoying enough popular support that if their respective parties should fail to nominate them- party divisions seem far from improbable.

If we were to see the death of the Two-Party system, it would require both factions to split however.

Fingers crossed, but I am not sure I dare hope too hard.

So, suffice it to say I am pulling for Mr. Sanders. I believe Trump would loot the country, but if he wins then the country surely deserves a good looting.

Depressing as that would be.

On the other hand I have full confidence that Bernie will do everything he can to ACTUALLY make America great, hardly needing ANY walls. 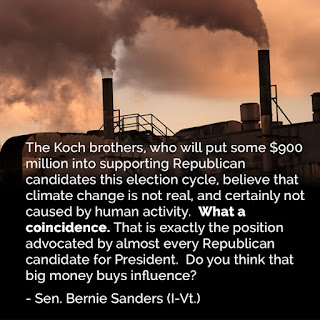 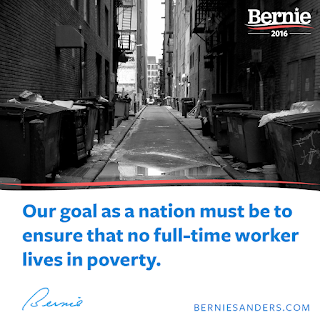 So, while Arketer Labs officially endorses No Candidate and I wish no misfortune to those employees or anyone who would vote otherwise...

I for one Feel the Bern.


Progress continues!
Posted by Arketer at 7:37 AM