The Candidate of Despair

I would like to posit that Hillary Clinton is in fact the only Democratic Presidential hopeful we can trust. They are indeed, a known quantity.

Which is to say, we can all trust they are lying.

But he could be lying. It's technically possible. What if he is a running a many-decades-long long con? There is a question there.

With Hillary Clinton, we know for a FACT they are lying. There is absolutely no gamble there.

Hillary Clinton is the candidate to vote for if uncertainty worries you.


Hillary Clinton on Thursday said she has "always tried" to tell the truth and that she doesn't "believe" she has ever lied to American voters.

"Have you always told the truth?" CBS News' Scott Pelley asked Clinton during an interview with the network after discussing the Democratic presidential candidate's pledge not to raise taxes on the middle class.

One caveat, there is a flaw in this video with one quote taken out of context regarding her stance on gay marriage. The rest is... pretty much par for course.

Indeed, if that doesn't sway you on how reliable Hillary's dishonesty is, what follows is one of her most recent campaign ads.


Very touching. Perhaps you should let Hillary worry for you.

What is Hillary's stance on parentless minor immigrants?

Kid, you should be worried.

Comically, while Mrs. Clinton is utterly full of lies- she absolutely cannot bring herself to lie big. She's not going to promise reforms, she certainly isn't going to say she'll go after the big banks (they give her lots of money, that would make them nervous even if it was a blatant lie). 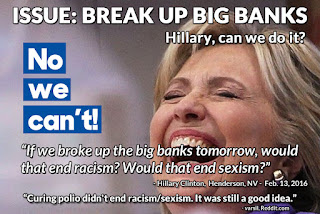 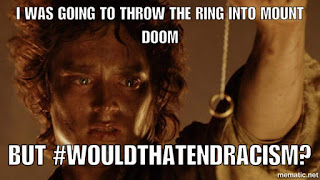 Her message is one of utter despair. 'The Establishment cannot change, so trust me to work it on your behalf.' Which would perhaps work if there was any rational reason to believe they could BE trusted to do even THAT.

They haven't really put much effort into raising grassroots support, because grassroots support does not pay her bills. Instead she relies on the Establishment's support. No wonder she can't so much as lie about improving it.

The Democratic National Committee is believed to be owned by her, and with good reason.

“What do you tell voters who are new to the process who say this makes them feel like it’s all rigged?” Tapper asked the DNC chair.

“Unpledged delegates exist really to make sure that party leaders and elected officials don’t have to be in a position where they are running against grassroots activists,” Wasserman Schultz calmly explained.

But Hillary's network of cronies works for her in other ways!

Why, one of them even bought The Onion just to twist the media a bit more.

And what does The Onion have to say about Hillary now?

"Female Presidential Candidate Who Was United States Senator, Secretary Of State Told To Be More Inspiring"

Rest In Peace, The Onion. It's strange to see a site that produced nothing but fake news articles lose credibility- but the Clinton Campaign managed it.

Change you can believe in.

Please keep in mind, Hopeless Voter, that Hillary Clinton does not fair well in a general election. People would sooner gamble on Trump than vote for her.

So, your vote for Hillary doesn't just ensure the slow continual regression of the U.S. back to the Gilded Age and from there corporate feudalism if they win, it ensures a vastly more rapid slide when the she loses to the Republicans.

Her primary argument is that she is the only candidate who can win against the likes of Cruz, Rubio and Trump... But as with many things Hillary Clinton has said, that doesn't quite mesh with the facts.


So if you believe Americans should be peasants content to accept the leaders chosen for them by the wealthy elite, if you believe it is better to vote for the evil you know than the good that might not prove as good, or if you simply want to see this:


Vote Hillary. Except for in the Primary Election of course. Then you want Trump to REALLY accelerate that slide into serfdom.

Have a palette cleanser!
Progress continues.
Posted by Arketer at 10:43 AM