I personally use Windows. Just on the one computer as I find the novelty refreshing.

However over the past year or so I have been ever-increasingly annoyed with Microsoft's determination that I really should upgrade to Windows 10. 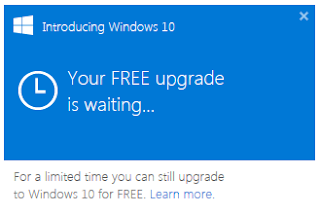 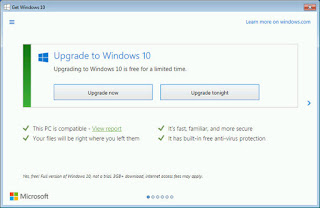 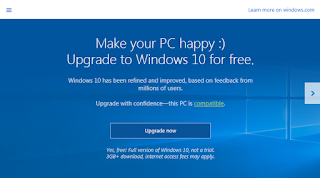 Windows justly caught a great deal of heat for that middle one.  It says "Upgrade now or Upgrade Later this thing is happening, Peon."

Microsoft is an anti-competitive software Titan. They aren't going to give anything away if they aren't sure they will make more than enough money to compensate. This would perhaps be fine, if they were upfront about where they make their money.

So the question arises- Who is Microsoft loyal to now?

Clearly it is someone who can pay them enough money that they can eat losses in giving away copies of their software for free.

What then are they selling to this mystery buyer? It isn't software, clearly.

Rather than explain this however, Microsoft spares no expense to tout the many wonderful improvements Windows 10 offers over previous versions- Oh, and has now decided to no longer say what is in it's patches to Windows 10.

This is the New, More Open Microsoft.

Really, the entire thing is an attempt to spite Google- itself a terrifyingly powerful company- but one with less in the way of villainy in it's history. Microsoft wants to take them down by getting your information before they can- and by subtly forcing you to use Bing.

You didn't think Cortana was googling anything, did you?

Meanwhile I rather prefer the old way of buying software once, rather than having my software replaced with something under subscription models bundled with intrusive spy and adware.

Of course, I do grant it would be that much worse if they did that AND made you pay for Windows 10. Which many will still have to do.

About the only good news on this point is that it lowers the bar even more for the Steam OS. Assuming Microsoft hasn't discreetly killed that somehow in a backroom somewhere.