Context and the Honey Badger Brigade

We recently shut down novel devices used by someone attempting to selectively deafen our ALLPs. (Auxiliary Lab and Listening Post)

We thus far have no idea what they were hoping to accomplish, but whatever it was they better hope it was achieved in the half-hour or so before they located and deactivated.

In other news however my efforts to avoid this... Fascinating train-wreck of internet culture drama have not been especially successful.

Most recently a group of pro-gamergate people launched a kickstarter to have their own booth at a comics convention in Canada.

The group, using a name along the lines of the Honey Badger Brigade, sold T-shirts decrying censorship, posters...

After one of their number asked questions at a panel on Women in Comics, they were expelled for harassment.

This link is to an audio recording of them speaking- with permission- at the panel when the topic of MRAs came up. (Men's Rights Activists)

In fact, the worst thing that can be said about these Honey Badger Brigade folks is that some of them can be linked to A Voice For Men. One of those Men's Rights Activist groups.

Men's Right's Advocates are silly, because phrasing their problems as persecution against a gender is a very hard sell when history is dominated by that very gender occupying almost all positions of power.

It would be apt to note that what they are suffering is not persecution by women, but by other more powerful men in history who have set backwards standards for what is 'manly' behavior.

This doesn't mean that the problems MRA's see aren't real, it just means they attribute the cause poorly.

This is one of the reasons expelling them for civil discussion is absurd and counterproductive.

IF the Honey Badger Brigade had been Misogynistic Haters, THEN their expulsion would have been appropriate. They weren't so it isn't, and I hope people paying attention note how much this fear of people with differing opinions is proving counterproductive.

Meanwhile what they DID do by virtue of expelling these people was respond to accusations of censorship... by censoring the accusers.

If you haven't listened to the audio recording, this irrationally feared MRA noted quite aptly a troubling trend in modern Feminism, victim mentality. The ever-present insistence that women are being constantly victimized by men. That women need to be protected, sheltered.

This, folks, is having the unfortunate result of implying women are too weak and sensitive to handle anything even remotely offensive, and led some to believe that they need to be perpetually outraged over offensive things- demanding their removal for the sake of their feels.

If that is Feminism, arguing that women need to be isolated and coddled- protected from all potentially offensive stimuli and dangerous thoughts...

Well, by that standard Victorians and Puritans were very Feminist indeed. 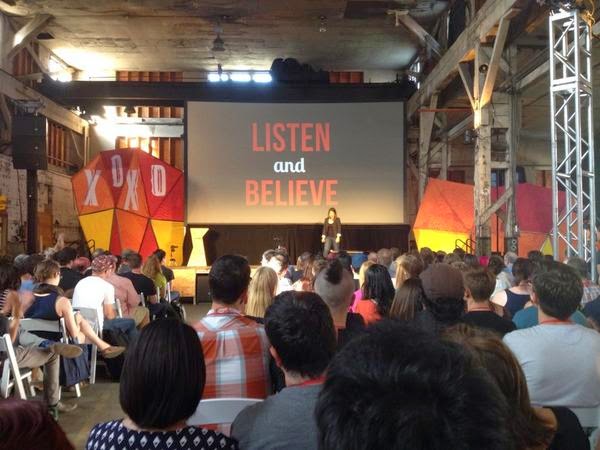 Here, at least, progress continues.
Posted by Arketer at 4:38 AM