Welcome to the Future

Less than seven days before President Trump leaves office, and they have further inscribed him into the History Books with a first for the Nation- two Impeachments.

It is apparently desperately important to actually remove him from office before he... leaves it anyway. Presumably to ensure he can't run for the office again.

Which means they believe he could win and simply can't risk their fellow Americans voting wrong further. Truly, they could not be more terrified of 45.

It's going to be a problem going forward in all contexts. Many people in four short years have made him the very core of their existence. The Hated Bogeyman Racist Who Ruins Their Lives...

I am not sure such can pull their heads out. Which means four-to-eight years plus of listening to people living in the past blame all modern problems on Orange Man Bad or pining in vain for him to somehow fix them now. 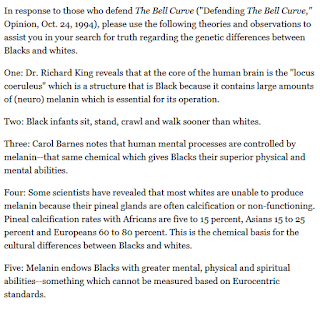 That's right, the very author of the above!

It's going to be a VERY INTERESTING FOUR YEARS.

Quite possibly moreso than the last.

Perhaps Science will be restarted. Dibs on Moore's Law and Relativity!

The pretzels of thought and broken logic used to excuse things like this on the basis of Orange Man Bad will surely be extraordinary. They will do it though. Trump Anxiety Disorder (T.A.D. nutters as ever) can hardly be expected to evaporate just because Trump no longer holds any political power. He lives in their heads now- or a monstrous caricature does, anyway.

I don't know how long it will take or if they'll ever escape it.

For a palette cleanser- and maintaining morale will be important! It's all going to hit the fan as it will regardless of mood- did you know someone out there takes music and 'medievalizes' it? BARDCORE.

I generally make a point of listening to it while getting into the character of Arcturus. Have a listen!